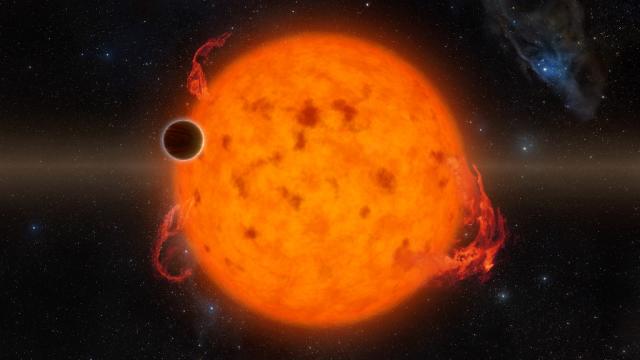 Planets don't form from gas and debris on the outskirts of the sun as is believed by astronomers in lockstep with each other throughout the world. Planets come out of the sun, spit out of the sun, emerge from the sun, birthed by the sun whole. Some planets are released near the sun and eventually over time migrate away from the sun and grow larger as they are bombarded over millions of years by space dust and asteroids.  Some planets are ejected far from the sun and migrate back towards the sun where they can grow into gas giants or crash into other stellar material, matter, planets, moons, asteroids, and comets in the cosmic soup and therefore enriching and adding to that soup. Some planets end up outside the solar influence that spawn them and drift to other solar systems, and are captured by other suns, or forever drift in the space between planetary star systems. Planets are literally the spawn of stars and carry the star's "DNA" within them.