What Is a Human? Long-Standing Debate Surrounds Our Family Tree 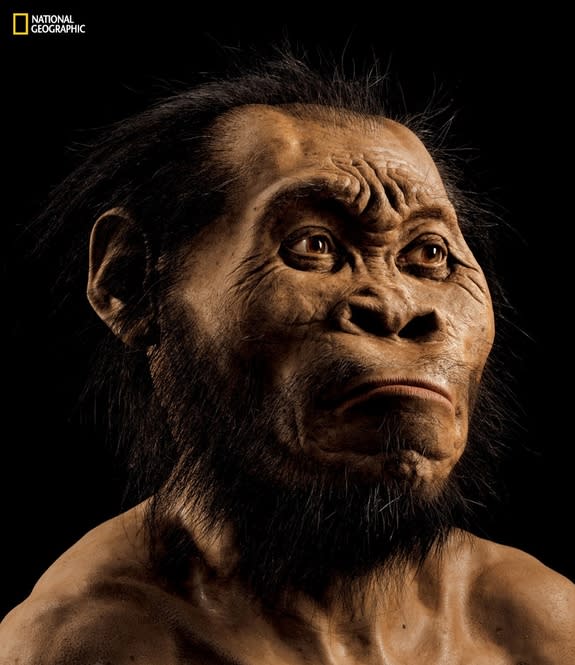 
Several ancient human species and relatives have been unearthed in bits and pieces over the years, including one with an orange-size brain, another dubbed the "hobbit" for its miniature size and a flat-faced hominin with a huge brow ridge.
Although these finds have opened more windows into the evolutionary landscape in which today's humans arose, some researchers are not convinced such discoveries belong alongsideHomo sapiens.
The controversy — whether the human family tree had few or many branches — is part of a long-standing debate between the so-called lumpers and splitters. [Infographic: Human Origins – How Hominids Evolved]


Lumpers and splitters
The argument over whether groups of organisms should be lumped into a few species or split into many species is common in the study of fossils. The controversy arises because the fossil record is very patchy, making it difficult to say whether differences among fossils are natural variations within a species or distinctions that set one species apart from another.
"Grouping fossils into species is simultaneously important and difficult," said biological anthropologist Mark Collard at Simon Fraser University in Burnaby, British Columbia. "Fossils don't come out of the ground conveniently labeled as to which species they belong to."
Modern humans, Homo sapiens, are the only living members of the human lineage, or the genusHomo. Many extinct human species were thought to have walked the Earth, such as Homo habilis, which is suspected to be among the first stone-tool makers, and Homo erectus, the first to regularly keep tools it made. Humans and related species dating back to the split from the chimpanzee lineage are known as hominins. [Photos: Earliest Known Human Fossils Discovered]
"There is a lot of discussion among paleoanthropologists about how best to identify species in the hominin fossil record and about how many hominin species we currently have evidence for," Collard said. "I know it can seem like we argue with each other about which species to assign new fossils to for the sake of it. But that's not really the case. The arguments occur mainly because of the difficulty of the task." [Human Evolution's Biggest Questions May Find Answers in New Analysis]
Homo naledi
For example, in September, Lee Berger, a paleoanthropologist at the University of the Witwatersrand in Johannesburg, South Africa, and his colleagues revealed Homo naledi, which may be the most primitive human species unearthed yet. Fossils of the species, found in South Africa, revealed that the hominin had a brain about the size of an orange. [See Images of Human Relative, Homo naledi]
Still, while Ian Tattersall, a paleoanthropologist at the American Museum of Natural History in New York, called the finding "wonderful," he suggested these new hominins might not belong to the Homo genus. Perhaps these new hominins are australopiths, like the famed "Lucy," or even some as-yet-unknown kind of hominin, he said. "My hope is that people don't jump to too many conclusions too quickly," Tattersall said. (The primitive nature of H. naledi makes it more open to questions as to whether it belongs in Homo.)
There are many hominin specimens that scientists regularly argue over when it comes to whether or not they are distinct species or not. For instance, some researchers consider Neanderthals a species distinct from modern humans, but others point out that Neanderthals routinely interbred with modern humans, and therefore were not another species.
Australopithecus deyiremeda
Another discovery earlier this year suggested there may have been more kinds of australopiths than previously thought. Many researchers have suggested that australopiths were the ancestors of Homo.
In May, Yohannes Haile-Selassie, curator and head of physical anthropology at the Cleveland Museum of Natural History, and his colleagues revealed Australopithecus deyiremeda, which lived in Ethiopia 3.3 million to 3.5 million years ago. This ancient relative of humanity co-existed alongside Lucy's species, Australopithecus afarensis, which lived about 3.4 million years ago.
Scientists had long thought that there was little or no diversity among the hominins before humans evolved. This new finding from Haile-Selassie and his colleagues suggested that a diverse range of such humanlike species once lived together.
"There's no question this [Australopithecus deyiremeda] is a new species, one that adds to the luxuriance of the early hominin tree," Tattersall said.
However, other scientists suggest that Australopithecus deyiremeda should be lumped together with Australopithecus afarensis. "Lucy's species just got a few more new fossils," said Tim White, a paleoanthropologist at the University of California, Berkeley.
Although Collard thought the fossils currently assigned to Australopithecus deyiremeda are notAustralopithecus afarensis, he suggested they might not belong to a new species, but perhaps to a previously unearthed hominin species such as Kenyanthropus platyops.
Still, "even if it ultimately turns out to be the case that the new fossils belong in an existing hominin species, the fact that they don't seem to belong in Australopithecus afarensis is important," Collard said. "It means that the long-standing idea that there was only one species of hominin between 3.7 million and 3 million years ago, Australopithecusafarensis, has to be wrong."
Healing the divide
Still, many researchers of human evolution do not see themselves as either lumpers or splitters. For instance, White is often considered a lumper, but he said, "I've probably named more new hominid species than others who are considered the biggest lumpers in the field. What does that make me in the dichotomous classification?"
Similarly, Tattersall noted, "When it comes to hominins, I'm considered a crazy splitter, but when it comes to lemurs in Madagascar, my other field of study, I'm considered a crazy lumper. So you tell me where I lie."
When it comes to lumping or splitting, Collard said, "I don't think either position is really defensible from a theoretical perspective. It's a divide we need to get past as a field, in my view."
"In the end, I don't like the dichotomy between lumpers and splitters, because it suggests there are two different philosophies at work when there really aren't," Tattersall said. "Instead, I think everyone is trying to do the best they can to sort out what findings they have into something biologically useful."
http://www.amazon.com/MARS-AND-THE-LOST-PLANET-ebook/dp/B00PMETMUI/ref=pd_sim_351_1?ie=UTF8&dpID=51LvP7FRe9L&dpSrc=sims&preST=_UX300_PJku-sticker-v3%2CTopRight%2C0%2C-44_AC_UL160_SR100%2C160_&refRID=0Y1YKEXTXJHBBJRJ65P9
Posted by Lou at 8:17 PM