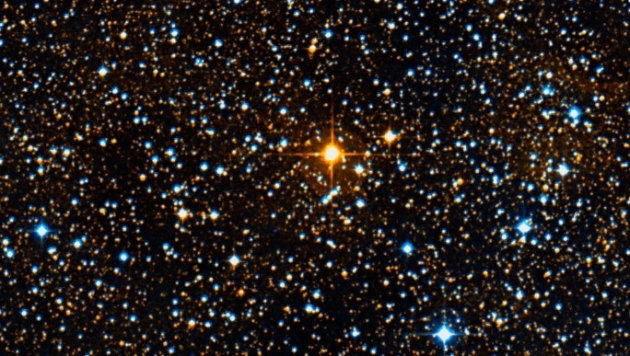 
By Brendan Hesse3 hours ago
Looking up at the sky inspires deep moments of introspection and curiosity. It’s easy to feel small under a starry night sky, but in order to begin to grasp just how small we truly are, we must know what our relative size is compared to the larger celestial bodies of the Galaxy — and what makes a better point of comparison than a star? Enter UY Scuti, a bright red supergiant variable star that resides within the Scutum constellation and is currently believed to be the largest star in the Milky Way galaxy.
German astronomers originally discovered UY Scuti at the Bonn Observatory in 1860, but it wasn’t until astronomers observed UY Scuti through the Very Large Telescope in Chile’s Atacama Desert in 2012 that the star’s true size became well documented. Following this discovery, UY Scuti was officially named the largest known star in the galaxy, surpassing previous record holders such as Betelgeuse, VY Canis Majoris, and NML Cygni.
While there are stars that are brighter and denser than UY Scuti, it has the largest overall size of any star currently known, with a radius of 1,708 ± 192 R☉. That figure amounts to somewhere between 1,054,378,000 and 1,321,450,000 miles in size, which is about 1,700 times larger than our Sun’s radius and 21 billion times the volume. Wrapping one’s head around such number can be difficult, so let’s break this down a bit. For more click on link.
Posted by Lou at 5:50 PM