By Doni Bloomfield Jan 15, 2015 7:43 AM CT
A NASA spaceship, its engines too weak to power a skateboard, is drawing closer to a never-visited dwarf planet in a quest to learn more about how Earth was formed.
Source: NASA/JPL-Caltech
Artist rendition of Dawn spacecraft orbiting Vesta.

Below is how Earth and every planet in the solar system came into existence, born of the sun and exploding out of the sun: 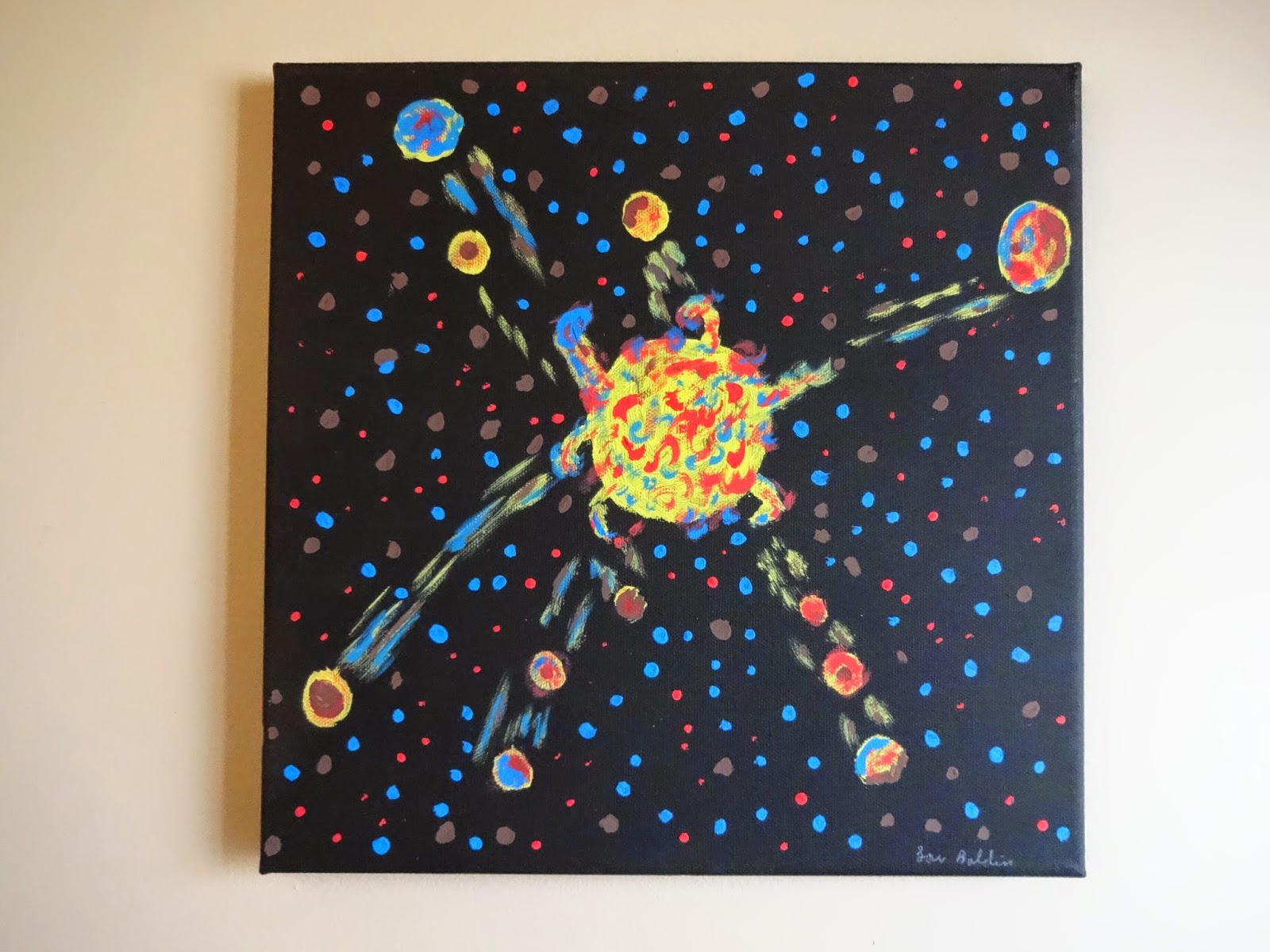 Dawn, a golf-cart-size NASA probe launched seven years ago, is on its way to rendezvous with Ceres, a minor planet as big across as Texas, on March 6. A rocky globe in the asteroid belt that probably holds a reservoir of ice, Ceres may provide keys to understanding what our own planet was like at the very beginning of its formation.

Once Dawn reaches Ceres, it will be the first spacecraft to orbit two celestial bodies on a single voyage, with a mission to study the formation of the solar system. Until 2012, Dawn had been circling Vesta, an asteroid whose core resembles our planet’s and whose surface was so shattered by impacts that the resulting meteorites have found their way to our planet. Vesta and Ceres are the two largest objects in the asteroid belt between Mars and Jupiter.
“Both Vesta and Ceres are like building blocks of planets,” Marc Rayman, the mission’s chief engineer, said in a phone interview. “Studying them may give us insight into the conditions and process that occurred when planets were forming.”
More than 4.5 billion years ago, the sun was surrounded by a massive dust cloud that gradually clumped together to create the planets. Jupiter grew so massive that its gravity cut off that process in its neighborhood, leaving the two giants in the asteroid belt, Ceres and Vesta, far smaller than the planets.

Ceres was the first minor planet discovered, having been sighted on New Year’s Day in 1801, 129 years before Pluto. A sphere that may hold more fresh water than Earth, it’s also the largest object between the sun and Pluto not yet visited by a spacecraft. After surveying the dwarf planet, Dawn will end its mission at Ceres.
“It will stay in orbit just as surely as the earth stays in orbit around the sun, or the moon around the Earth,” Rayman said.
NASA calls Dawn the “Prius of space,” thanks to its three weak, super-efficient engines, something akin to the power plant in the Toyota Prius hybrid.
Its ion engines work by running an electrical current, fed by solar panels, through xenon gas, the same element used in camera flashbulbs and car headlights. The xenon ions generated by the basketball-size engines create a low, persistent thrust, enough to power Dawn’s journey of 3 billion miles (4.8 billion kilometers) to Ceres.
Posted by Lou at 10:29 AM