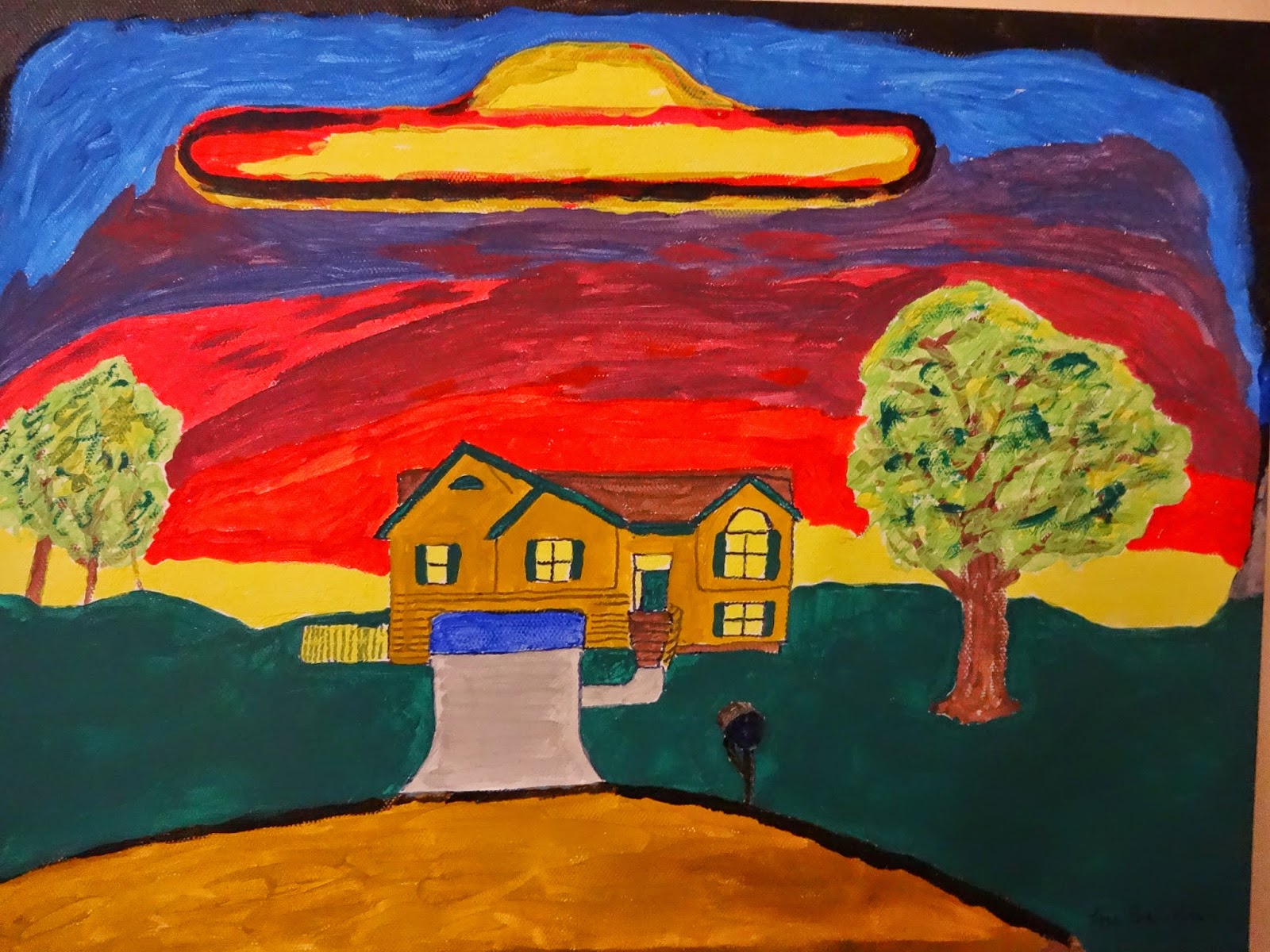 Back in 1994, I built a house in a new subdivision, one that was way out in the boonies, cornfields as far as the eye could see. It was going to be a bedroom community on the outskirts of Kansas City. The developer was going to put in a golf course and a lake. I was one of five builders selected to build it out, a twenty year project. I and another builder jumped right in and started building, the other three builders backed out. I finished my house and so did the other builder, I was about to start more houses when the developer went bankrupt. Couldn't sell my house so I moved into it. Ended up living there for ten years. The first 3 years we had the whole undeveloped subdivision and hundreds of acres of cornfields to ourselves. This is the house where I wrote my first book, In League with a UFO. A new developer came in and built out the subdivision after it had sat there for 3 years with no activity. The bank was going to let me take it over for a song (little cash) but I was busy building in other subdivisions and passed up on one of those once in a lifetime opportunities. The new developer couldn't build houses fast enough and sold them before they were finished. The golf course and lake never got put in. But the subdivision came to life and was filled with new families and school age children nearly overnight.


One day my daughter came home from school and asked me what a UFO was. She was in grade school, and said that a boy on the school bus, a neighbor that lived across the street from us, who was a year or two older than her, said that he saw a UFO parked over our house. So she wanted to know what a UFO was. I gave her a vague explanation and she never brought it up again. When we had the whole place to ourselves, UFOs were more frequent, and the stars on a cloudless night were so plentiful one could reach up and grab a handful. Not so, where I live now, city lights hide them. The painting is a description of the UFO over my house that the boy described to my daughter. Haven’t lived in the house for ten years but I still own it. I can’t seem to sell the house, so if anyone is interested let me know. Be forewarned, it’s been contaminated by extraterrestrials and is now haunted by Space Aliens!