Earth type planets are suddenly a dime a dozen.

Alien Earths are out there: Our home world is not 'unique' 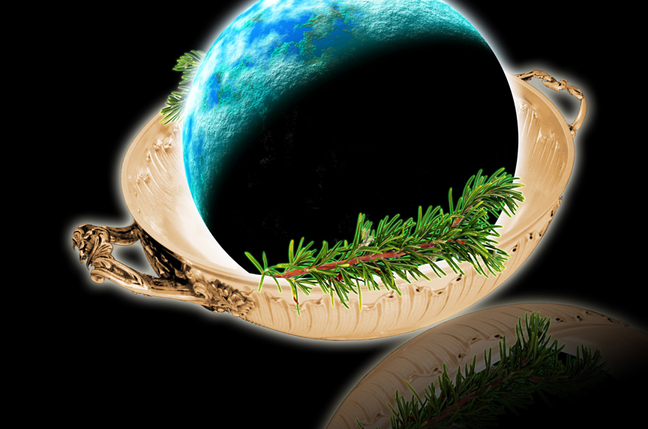 Nowadays, Earth type planets are suddenly the talk of the town. Several years ago when I posted that earth-like planets numbered in the billions, I was slammed by physicists and their cheering section, telling me how insane my comments were. Had one of those physicists taken the hint, and theorised about such possibilities in the cosmic realms, he or she might have lost their respectable positions. Or they might have received the Nobel Prize as did some other physicists, when they theorised about dark energy/matter. Stuff that doesn't even exist. Talk about a backward planet. And yes, many of the billions of earth-like planets out there have people on them that are just as "enlightened" as we have here. lol

http://www.theregister.co.uk/2015/01/06/other_earths_are_out_there_home_of_man_not_unique_say_boffins/
6 Jan 2015 at 14:06, Lewis Page
New research suggests planets similar to Earth are much more common across the galaxy than previously thought.
And the boffins behind this revelation have also come up with a simple chemical recipe for creating habitable worlds suitable for use by advanced super-powered intelligences and/or deities etc.

"Our solar system is not as unique as we might have thought," says Courtney Dressing, graduate student at the Harvard-Smithsonian Center for Astrophysics.
Ms Dressing bases this assertion on data from the HARPS-North (High-Accuracy Radial velocity Planet Searcher, Northern) instrument on the 3.6-metre Telescopio Nazionale Galileo in the Canary Islands. This is designed to accurately measure the masses of small, Earthish-sized worlds. Once you have mass and volume, as any fule kno, you have density and thus a fair notion of what a given alien world is made of - and this tells you whether it can be much like Earth.
"Our strategy for using HARPS-North over the past year has been to focus on planets less than two times the diameter of Earth and to study a few planets really well," explains top Harvard brainbox David Charbonneau.
Charbonneau, Dressing and their colleagues found that the five planets in their study with diameters smaller than 1.6 times that of Earth showed a tight relationship between mass and size. Better still, both Venus and Earth from here in our own Solar System came out on the same line, indicating that the alien worlds have similar compositions - they are liable to be made of iron and rock with a dash of this and that, much as Earth is. Such planets, parked at a suitable distance from their home suns to receive heating similar to that which Earth gets from old Sol, could well come out much like the cradle of humanity.
"It looks like rocky exoplanets use the same basic ingredients," says Dressing.
So chuffed are the Harvard boffins with this discovery that they've come up with a handy "recipe" for cooking up a world with Earth-esque life on it, thus:


1 cup magnesium
1 cup silicon
2 cups iron
2 cups oxygen
½ teaspoon aluminum
½ teaspoon nickel
½ teaspoon calcium
¼ teaspoon sulfur
dash of water delivered by asteroids
Blend well in a large bowl, shape into a round ball with your hands and place it neatly in a habitable zone area around a young star. Do not over mix. Heat until mixture becomes a white hot glowing ball. Bake for a few million years. Cool until color changes from white to yellow to red and a golden-brown crust forms. It should not give off light anymore. Season with a dash of water and organic compounds. It will shrink a bit as steam escapes and clouds and oceans form. Stand back and wait a few more million years to see what happens.
If you are lucky, a thin frosting of life may appear on the surface of your new world.

Although by the sound of it, any superintelligent hive mind civilisation, collection of beings of pure light or similar that might have the astro kitchen to actually follow this recipe might not bother. There seem likely to be enough such planets occurring naturally that this would be equivalent to a human going into a lab and, with much effort, combining silicon and oxygen to make a grain of sand.
Posted by Lou at 10:51 PM