Spectacular rendering of the solar system to scale 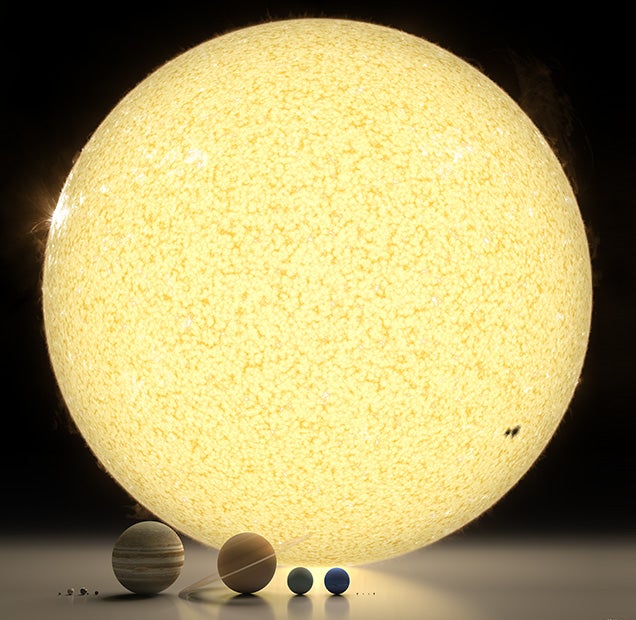 
http://sploid.gizmodo.com/stunning-image-of-the-solar-system-to-scale-1654879433
Omar Kardoudi
I don't know about you, but every time I'm reminded about the huge scale of the universe, I mentally re-evaluate my own life and my relationship with what is around me. This amazing illustration by Roberto Ziche's with the Sun and the planets laying on the floor makes that comparison even more impressive.


The Sun is, obviously, in the background. And in the foreground: Mercury, Venus, Earth and the Moon, Mars, Jupiter, Saturn, Uranus, Neptune and dwarf planets, Pluto, Haumea, Makemake, and Eris. 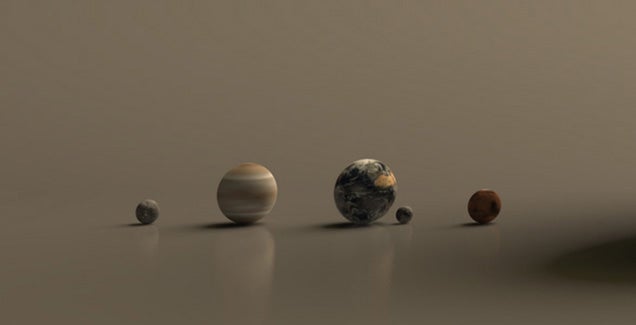 Roberto Ziche is a San Francisco based, project oriented, professional artist with 20+ years of experience with world-leading companies.
Posted by Lou at 5:17 PM