A parade of books about Mars and Martians has begun. Some on the very heels of Mars and the lost planet Man, book...Oh stop (waves hand and blushes).  I gave notice nearly a year ago that this book was due to be released near Christmas. Would have been out sooner, in late September or early October, for the spooky nature of it, but the wife insisted on taking a vacation.....

The interest in Mars is heating up due to the possibility of humans having a chance to be shipped there free of charge...(but postmarked with a no return tag sewn onto their uniforms). Thousands of people have volunteered to go to this desolate planet (presumably for the fame and glory), with no clue of the difficulty and extreme danger they will encounter. Unsuspecting guinea pigs, given to the Martians as peace offerings (ransom). Ransom in exchange for a squad of black ops dudes that were captured, while drunk and with their pants down, in a seedy off-limits Martian district, and are now being held hostage by a splinter group of hybrid Martian freaks. Freaks that are experts at camouflage. They could be standing right next to you and you wouldn't see them, until they ripped your face off and ate it as a horderve.

Mars holds and hides some mighty interesting things under the shroud of its destruction and scattered ruins. Mars is a feast of wonder, danger and intrigue, that will entice and lure humans to that planet for centuries to come. And oh the books that will be written about the place. Cover up books that will hide the facts, the kind of books that make the best sellers (if earth be any indication of what types of books sell the best).

PS, guess I would have some splainin to do if any of my books became best sellers. Nah, I'd be too busy hobnobbing with the reptilian elite.

A plasma physicist is advancing a theory in which he claims to have evidence of two ancient nuclear explosions on Mars, events that he believes wiped out an ancient civilization on the red planet.

According to the Daily Mail, Dr. John Brandenburg is set to present his theory at the 2014 Annual Fall Meeting of the American Physical Society in Illinois, which will be held this Saturday. His lecture, Evidence of Massive Thermonuclear Explosions in Mars Past, The Cydonian Hypothesis, and Fermi’s Paradox, will examine the theory, which he also advances in a paper set to be published in the Journal of Cosmology and Astroparticle physics.

“Given the large amount of nuclear isotopes in Mars atmosphere resembling those from hydrogen bomb tests on Earth, Mars may present an example of civilization wiped out by a nuclear attack from space,” he wrote.
Brandenburg’s research centers around a high concentration of Xenon-129 in the atmosphere of Mars, as well as an abundance of Uranium and Thorium on the planet’s surface, as Vice notes. He claims that Mars was the site of several “massive radiological events,” which were responsible for the current concentrations of radioactive elements.


“This pattern of phenomenon can be explained as due to two large anomalous nuclear explosions on Mars in the past.”

Brandenburg, who holds a degree from UC Davis, has previously claimed that Mars was once home to two ancient civilizations, known as Cydonia and Utopia, which possessed a level of technology similar to that of the ancient Egyptians.
“Analysis of new images from Odyssey, MRO and Mars Express orbiters now show strong evidence of eroded archeological objects at these sites,” he wrote. “Taken together, the data requires that the hypothesis of Mars as the site of an ancient planetary nuclear massacre, must now be considered.” 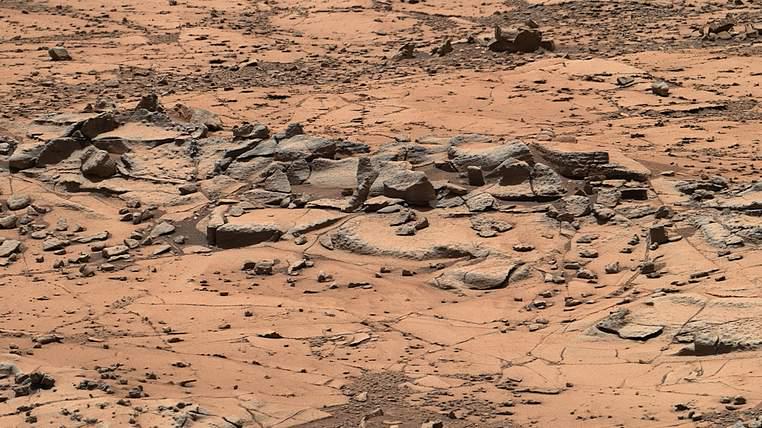 Observers have long claimed to see evidence of ancient civilizations in photos sent back by rovers on the surface of Mars, as the Inquisitr has previously noted. Brandenburg asserts that the infamous “face on Mars,” which was found in the Cydoina region, is an artifact from an ancient alien race.
Brandenburg also believes that his theory could explain the Fermi Paradox, which questions why humanity has yet to contact alien life, despite the mathematically high probability of its existence. Warning that mankind should be wary of such an attack on our own planet, he advocates a manned mission to Mars in order to study any remaining evidence.
The upcoming book Death on Mars: The Discovery of a Planetary Nuclear Massacre is authored by Brandenburg and further details his theories.
[Image: Journal of Cosmology and Astroparticle Physics, via Vice]

Read more at http://www.inquisitr.com/1625693/physicist-claims-evidence-ancient-nuclear-explosions-ended-life-on-mars/#FFoZmYv6mTLK4E4u.99
Posted by Lou at 10:29 PM