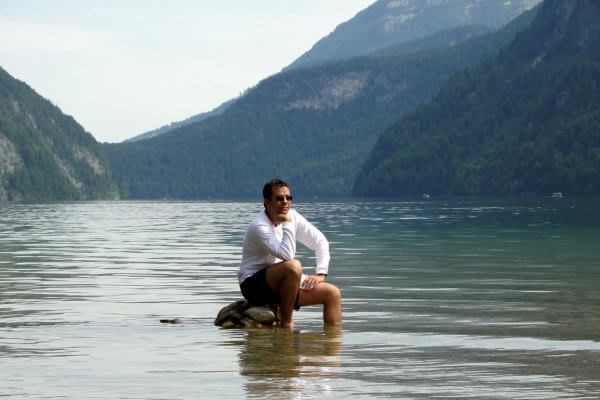 Viruses from space will eat your brain! So true, but most people will think it only a science fiction movie plot, and go see it when it comes out. Yeah, I know, the virus in this article was discovered in a lake. Not as exciting.

Well, a whole lot of stuff on this planet and all other planets have stuff on them from space. Like everything. Everything comes from space. Sure most things burn up in the atmosphere, so that only leaves a few things that somehow manage to get in. Percentage wise, we are only talking billions of things. Large and very small things, every day. But who's counting? For the most part, no one is.

And we thought it was Washington and Hollywood, that was dumbing down the human race.


By Kevin Loria
6 hours ago


Could something in this water change your brain?
While conducting a separate experiment, a group of scientists from Johns Hopkins and the University of Nebraska accidentally discovered something unexpected and potentially disturbing.
http://finance.yahoo.com/news/virus-found-lakes-may-literally-145000290.html

A virus was living in the mouths and throats of a good portion of the people in the study, a virus that the researchers didn't think was capable of infecting humans. Worse still, it seemed to be slowing some of the subjects' mental abilities, especially their ability to process visual information.
The surprising part about this for researchers was that a microscopic organism that we thought could infect only algae — plants — was living in about 40% of the small number of people tested.
For the rest of us, the bigger surprise may be that this virus could join the ranks of microorganisms that live inside and on us, changing the way we think.
In a way, this is less crazy than it seems. Microscopic organisms live all over people and have all kinds of effects on our health, brain, and behavior.
There are far more microorganisms in and on a "person" than there are "human cells." Along with a few pounds of bacteria — trillions of microbes — an even larger number of viruses live in and on the human body. And we know that some of these other creatures may change the way we think, feel, and even the way we interact with others.
"We're really just starting to find out what some of these agents that we're carrying around might actually do," study co-author Dr. Robert Yolken, a professor at The Johns Hopkins University School of Medicine, told Healthline.

Kit Lee and Angie Fox, UNL A similar sort of algae-infecting virus. Here's What Scientists Discovered
During the original study, published Oct. 27 in Proceedings of the National Academy of Sciences, the researchers were testing 33 healthy people (a very small number) on a variety of different measures, some of which were mental tests.
But they also swabbed the throats of the participants and did a genetic analysis of what was there. In 14 of the 33 people, they found genes from a virus that until now had never been found in living people (researchers had found it once before in someone's brain during an autopsy, but they didn't know if it had been there when the person was alive).
The virus itself is called ATCV-1 and it's a chlorovirus, a family of viruses that infect plants. This one affects algae — that green stuff that grows on water — in lakes all over the world. But as far as researchers knew before this, viruses like this very rarely cross from one kingdom like plants to another, such as animals. And even when they do, it's more likely that they'd go from plants to some type of invertebrate, not all the way to a complex animal like a human.
Here's the most interesting part (for most of us): Since the original study included cognitive tests, the scientists compared the data and saw that people with the virus living in their throats processed visual information about 10% slower than people without the virus — and this difference couldn't be explained by other factors like age, sex, race, socioeconomic status, education, place of birth, or smoking status.
The specific visual information tests where a difference was shown included things like drawing a line that connected numbers in sequence that had been scattered on a page. People with the virus also seemed to have a shorter attention span.
To check if this group was somehow different from the general population, the team checked another 59 people for the virus. Out of the final 92, it was present in 40, about the same rate as in the initial, smaller group.
To investigate whether the virus might be the cause of that change in visual processing and attention, the researchers then injected mice with the same virus.

Six weeks later, the group of mice with ATCV-1 took about 10% longer to navigate a maze, and they also spent about 20% less time exploring new environments.
The infected mice also showed more than 1,000 gene changes in the parts of the brain that are usually considered essential for memory and learning. The researchers could observe these gene changes in mice because they analyzed the mice before and after they were infected with the virus. This shows some of the effects the virus could have on people, but since mice aren't humans we don't know that humans would show the same changes — and it would be unethical to conduct the same experiment on people.
Don't Go In The Water?
While this study presents some new and fascinating information, it isn't nearly comprehensive enough to say what it all means.
"The thing that's different about what we found is that [the virus] is something that we wouldn't have suspected would actually have any effect on humans or animals," Yolken told Healthline.
The whole group of people tested was from Baltimore, so we don't know how common this virus is in the rest of the world — or even in the rest of Baltimore, as 92 people is still a small number. And while the information from the mice is interesting, there's no way to say that genes in human brains necessarily change the same way.
And even then, this is a very small effect — and just one of many brain and behavioral changes that may be caused by the trillions of creatures that live in and on us. Others that we know about make people more or less social, and may be connected to mental health issues like depression and anxiety, all of which cause cognitive changes.
Still, something microscopic that we didn't even know existed in humans is changing the way some of us think and see. That's pretty crazy.


"There's more and more studies showing that microorganisms in your body have a bigger influence than anything anyone would have predicted," the paper's senior author, James Van Etten, a University of Nebraska-Lincoln plant pathologist, told Healthline.
Posted by Lou at 4:15 PM