We could travel to new worlds in NASA's starship Enterprise 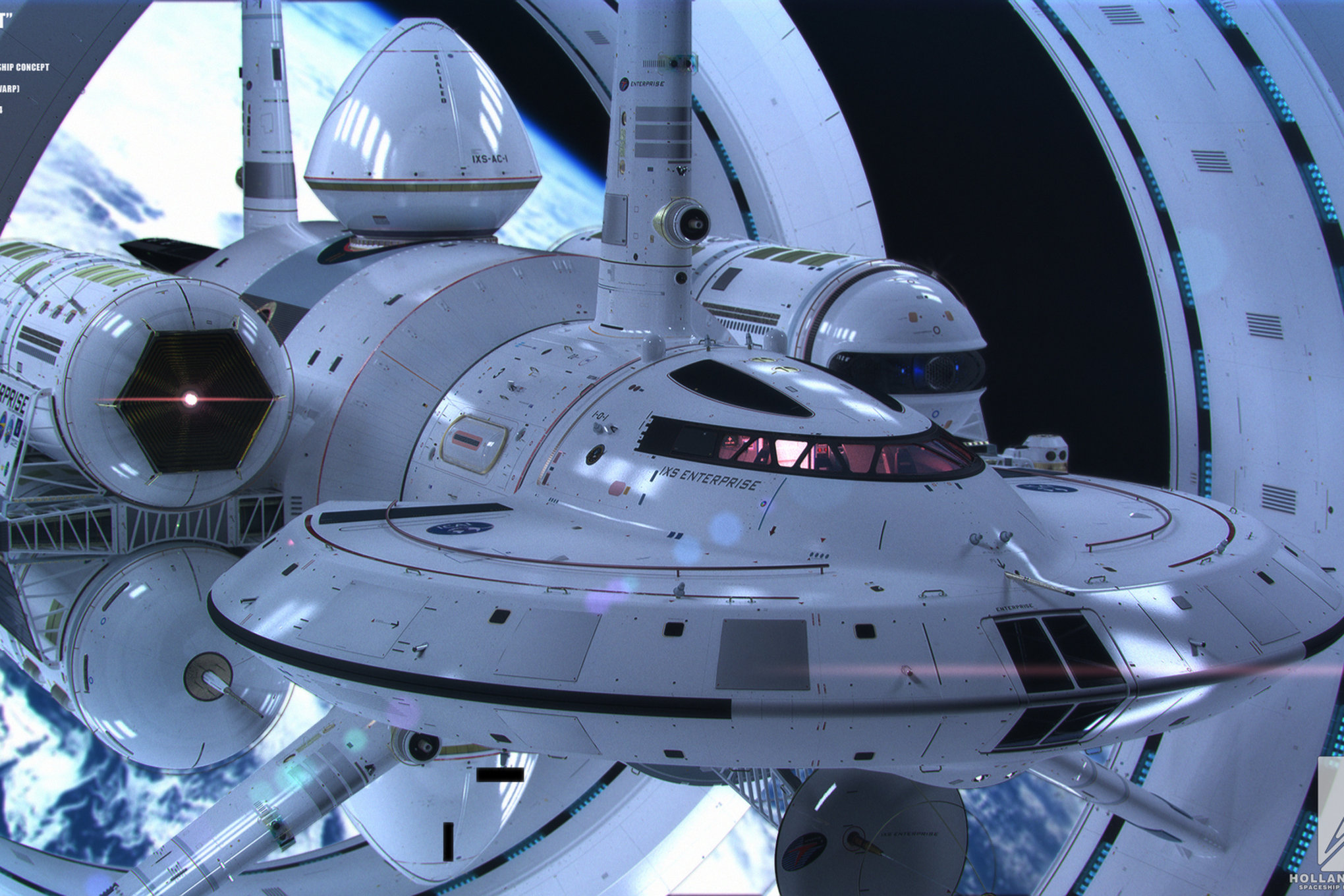 Space, the never ending frontier. The fascination with space is not coincident, it comes from past memories of places we all have been, and yearn to go back too. Toys for space exploration as the one above have existed forever and are on the drawing board for earth in the not so distant future. With one exception, they can't leave the solar system. Nevertheless, the solar system is so big, so large, so huge that humans could travel in space their whole lives without seeing a fraction of what is in this one solar system, a solar system that is nothing but a spec in the night sky like a grain of sand on an endless cosmic beach.

If more people would stop and look up at the wondrous stars that fill the night sky, and knew that they came from mind boggling magical places, and will soon return, there would be much less hate and envy going on on this planet and the world would be a better place to while-away the time during our short stay here.

NASA announced in 2012 that it was working to build a "warp drive" that could enable "faster-than-light" travel. Two years later and the space agency hasn't built a spaceship capable of such speeds yet — but thanks to artist Mark Rademaker, we now know what one could look like. The result is the IXS Enterprise, a ship that shares similarities with both its science fiction Star Trek namesake, and NASA's real-world space shuttle.


Rademaker worked together with NASA's Dr. Harold White to produce visual concepts for the craft. White and his team at NASA are hoping to make "faster-than-light" travel possible with Alcubierre drives. The drives, named for physicist Miguel Alcubierre, theoretically work by distorting space-time. By expanding the space behind a ship and contracting the space in front of it, the IXS Enterprise could drastically speed up our space travel potential, making the 4.3 light-year journey to Alpha Centauri in around two weeks.
Rademaker says he was influenced in the design for his Enterprise by Matt Jefferies' sci-fi artworks from the 1960s. But where famed aviation artist Jeffries, who helped create the spaceships of the Star Trek universe, imagined spindly craft with thin rings, the IXS Enterprise sits inside two circles chubby enough to power its Alcubierre drive. The spacecraft is fatter than most of Jefferies' sci-fi ships, too, capable of bearing four cylindrical pods on its flanks, and sporting a wide, flat, duck's bill of a command module. Speaking at the SpaceVision conference last year, Dr. White justified the design, saying that "if you're going to go to all the trouble of making it that big, you might as well fit all you can in there."
Until NASA announces a breakthrough in its research of Alcubierre drives and "faster-than-light" travel technology, Rademaker's concepts will remain only concepts. But his visualization of the IXS Enterprise still gives us a glimpse of the kinds of vehicles we'll hopefully one day be able to use to travel to strange new worlds, to seek out new life, and new civilizations.
All images courtesy of Mark Rademaker.