Cosmos: The next generation 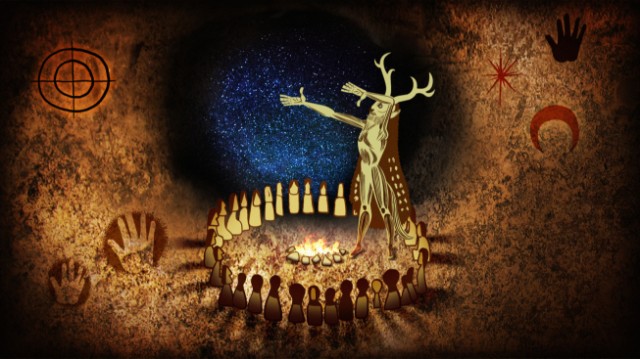 http://arstechnica.com/science/2014/03/cosmos-the-next-generation/?utm_source=feedburner&utm_medium=feed&utm_campaign=Feed%3A+arstechnica%2Findex+(Ars+Technica+-+All+content)
Earthlings, fasten your seatbelts. You’re in for a spectacular journey through spacetime.

More than 30 years since the original series, Cosmos will once again find its way into people’s homes, this time led by Neil deGrasse Tyson. The new series—called Cosmos: A Spacetime Odyssey—premieres this Sunday, March 9, at 9:00pm ET/PT on FOX.
The show will air in 45 languages across 123 FOX-branded channels in 125 countries and 90 National Geographic Channels in over 170 countries. According to the producer, this constitutes the largest-ever global launch for a television series. I don’t know about you, but the fact that the world’s largest TV series launch is for a science show is pretty exciting to me.
I had the opportunity to watch a preview copy of the first episode, “Standing Up in the Milky Way,” which was sent to me by National Geographic. If you’re wondering if you should tune into this show, then the answer is a resounding yes.
This is probably a good point to let you know that I never saw the original Cosmos series. In fact, I wasn’t even alive yet. Nor am I a space geek—while I enjoyed my childhood field trips to the planetarium, my interest stopped there. My first week as an intern at the American Geophysical Union, I attended a talk on dark matter and dark energy, and I sat there thinking, “WHOA! Mind. Blown,” the entire time because it was all so foreign to me. And while I have received many a review copy of shows from National Geographic, the honest truth is that although I have enjoyed the specials they’ve sent me, in most cases I haven’t gone on to watch the whole series. And yet, I plan to watch Cosmos in its entirety.
For those who have seen the original Cosmos, the series kicks off with a bit of nostalgia.“The Cosmos is all that is or was or ever will be. Come with me.” says Carl Sagan; then viewers are greeted by Neil deGrasse Tyson, standing on the same cliff Sagan did 30 years ago, welcoming us aboard our cosmic journey.
From the second Tyson’s ship of the imagination shoots off into space, prepare to be visually amazed. This series ranks right up there with Planet Earth in the eye-candy department. I found the transitions to be exceptional—a crater transforms into an eye's pupil, and dandelion fuzz morphs into a satellite, drawing the connection between the far-off and the earth-bound.
As Tyson talks about how wandering bands of hunters and gatherers found their way to the stars, I am reminded of Epcot’s Spaceship Earth ride. From the outset, you start to get the full taste of the series' visuals—a combination of live-action, high-tech effects and old-timey animations that look like the pages of a children’s book come to life. This baby is begging for an IMAX screen.
One of the greatest visualizations (and analogies) in the show is the cosmic calendar—where all of cosmic time is compressed into a single calendar year. This approach really puts into context how brief human history is and how small we really are. It’s an interesting shift in perspective. The very last second of the cosmic calendar is when we began to use science to reveal nature’s secrets and her laws. When you think about it that way, it’s pretty amazing what we’ve already learned and how much we can continue to learn.
Tyson points out that the scientific method is so powerful, that in a mere four centuries it has taken us from Galileo’s first look through a telescope at another world, to leaving our footprints on the Moon. It’s this positive message about science that I think is Cosmos’ greatest achievement. Sagan may have been a pioneer of communicating science to the public, but Tyson continues the legacy. It’s a passing of the torch.
Nothing brings this full-circle more than Tyson showing his own name written in the December 20, 1975 entry of Sagan’s day planner. At the time, Tyson was just a 17-year-old kid from the Bronx with dreams of becoming a scientist—but the world’s most famous astronomer was willing to meet with him and spend the day showing him around Cornell University. Now he’s the one in Sagan’s shoes, inspiring the next generation of kids, showing them that it doesn’t matter what you look like or where you come from—all you need is the ability to question everything.