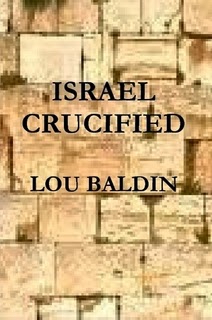 The New Testament tells us that "one" man named Jesus was crucified betrayed by "one" man named Judas Iscariot, history tells a different story. It was the nation of Judea that was crucified, betrayed by a small band of Jewish Zealots that engaged in all manner of rebellious terror and murder against Roman soldiers as well as against their own people in order to provoke war with Rome. Rome did not tolerate sedition and rooted it out wherever it found it, often with dire consequences for many that lived in the towns that the Zealots imbedded themselves. When Titus’ (a future Roman Emperor) failed at his many attempts for a peace treaty between Rome and the Zealots, his tolerance for compromise ended; and he unleashed hell itself on the people of Jerusalem.
Josephus, a first century Roman historian, describes the horror outside the walls of Jerusalem before the siege of the city by Titus:
“As the earthworks were progressing, his [Titus] troops captured any who ventured out to look for food. When caught and resisted they were tortured and crucified before the walls as a terrible warning to the people within the city.” “…Outraged and with hatred [towards the Jews] [for having lost many of their fellow soldiers], the soldiers nailed their prisoners in different postures, and so great was their number that space could not be found for all the crosses.”

The same kind of insanity mentioned in this book continues today in the Middle East (and other places around the world) mostly in the name of religion. It seems that people learn nothing from the past...other than hate, envy and revenge.