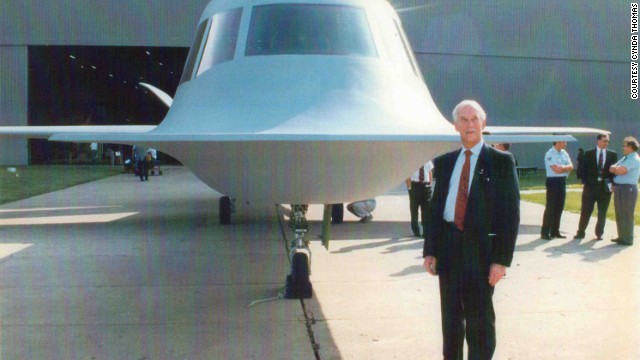 According to government statements Area 51 was kept secret because they didn't want our cold war enemies, primarily the Soviet Union, to know about our spy planes. The fact is that Soviet dignitaries not only knew about Area 51 but were involved in Area 51. People of the world have believed the nonsense of weather balloons, test dummies, and that Area 51 was kept a highly secret base so that the Soviet Union (USSR), Russia wouldn't find out about development of secret military aircraft. Is the whole world gullible or what.

http://www.cnn.com/2014/02/05/travel/air-force-museum-spy-plane/index.html?hpt=hp_c3
Wright-Patterson Air Force Base, Ohio (CNN) -- It looks like an upside-down bathtub with wings, pretty odd for a spy jet that was among the nation's most highly classified pieces of military hardware.


As I stand in front of the plane code-named Tacit Blue at the National Museum of the U.S. Air Force, near Dayton, Ohio, I'm reminded that it still holds a bit of mystery.
Engineers made fun of Tacit Blue's design by nicknaming it the Whale, but the program -- declassified in 1996 -- was deadly serious. It was all about stealth. Pentagon Cold War strategists desperately wanted to build planes that could evade Soviet radar.
And so the Air Force launched a "black program" to develop Tacit Blue and tested it at a secret government airbase in Nevada called "Area 51," according to CIA documents released in 2013.
The program, which lasted from 1978 to 1985, aimed to develop a single-seater jet for battlefield surveillance.
Before last year's document release, the government never acknowledged the existence of Area 51. For decades, a fenced-off area surrounding Nevada's Groom Lake was rumored to be a testing ground for some of the nation's most secret technology.
Two retired Air Force test pilots who flew Tacit Blue in the early 1980s, Ken Dyson and Russ Easter, spoke about why this plane was important and what set it apart.
Although the plane flew 135 times and was never put into production, without Tacit Blue, there would have been no B-2 Spirit bomber. The plane proved that aircraft with curved surfaces could evade radar.
"The airplane flew pretty solid, I'd say," Dyson remembered.
Could sightings of Tacit Blue have contributed to UFO reports?
"I'm not aware of any circumstance like that," Easter said. Dyson also says no.
But Cynda Thomas, widow of the first Tacit Blue test pilot Richard G. "Dick" Thomas, said she was with her husband in Los Angeles when an airline pilot accosted her husband during a test pilots' banquet at the Beverly Hilton.
As she remembers it, "The pilot came over, and he said, 'Mr. Thomas, I'm so-and-so, and I fly for Continental, and I'm sure I saw you flying the Tacit Blue -- and you know, I reported you as a UFO.' "
"Airline pilots have, over the past, reported some stuff that could have been black aircraft in flight tests," Dyson said.
"One and a half" Tacit Blue planes were built, Dyson said, so that "if we lost one, we could have a second one up and flying in short order." What happened to the other half of Tacit Blue? "I think it was done away with -- with total respect to secrecy."
Mechanical remnants from a related black program called Have Blue "are buried at Groom Lake," according to a 2011 Air Force report. Groom Lake is inside Area 51, according to those released CIA documents.
"I don't know anything at all about that Have Blue stuff and wouldn't answer it if I did," said Dyson, who also tested Have Blue airplanes.
Dyson is aware of the CIA documents but said he didn't want to talk about Groom Lake or Area 51 or to even mention those places by name. "That's just because of the secrecy that was drilled into me," he said.
Maintaining Tacit Blue's secrets and preventing leaks, Dyson said, was proof of the success of a tightly knit and dedicated team. Pursuing a career centered around a secret job takes discipline.
"My wife had no clue what I was doing for a long time," Dyson said. "I just didn't talk about it to her or to anyone else who wasn't cleared on the program. It just wasn't done."
Richard Thomas also kept details about his work from his family, Cynda Thomas said, although in 1972 he did reveal to her that he was "going into the black world."
Secrecy made professional relationships complicated at times. Associates outside Dyson's and Easter's secret circle wanted to hear "war stories" about what it was like to work in the world of black programs, Easter said. "Sometimes I wish we could tell more stories more freely so that some of the lessons learned could be passed on Pantyhose made it safer: According to Cynda Thomas' book "Hell of a Ride," an air compressor was blowing tiny flammable aluminum shavings through inlet pipes and into the cockpit, creating a fire hazard. The engineers' unorthodox solution: cover the inlet pipes with filters made of pantyhose, Thomas wrote. "That could be true," Easter acknowledges.
• They created an artificial wind tunnel with a huge transport aircraft. Developers used a huge C-130 Hercules plane to create artificial winds that hit the side of the plane so they could test Tacit Blue's performance. Dyson described it as a sort of "wind tunnel" that was set up "in the black of the night so no one could see us flying overhead with a satellite."
• It was very hard to pilot: Tacit Blue at the time was "arguably the most unstable aircraft man had ever flown," ex-Northrop engineer John Cashen told Air Force Magazine.
Richard Thomas died in 2006, at age 76. Cynda Thomas said her husband had been battling Parkinson's disease.
At Tacit Blue's 1996 unveiling ceremony at the museum, Thomas was able to sit inside the airplane's cockpit one more time.
"That's when they let me point my camera up the steps of the airplane to take his picture," recalls Cynda Thomas. "I'm so thankful he got to do that before he passed. That plane was my husband's legacy."
Posted by Lou at 10:37 AM