Out of this world: Ancient Egyptians wore meteorite jewelry

Iron beads found in a necklace in an Egyptian tomb were forged from meteorite iron, two thousand years before the Iron Age began, say an international team of researchers. 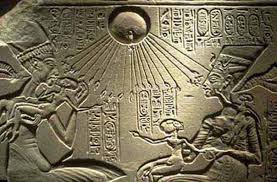 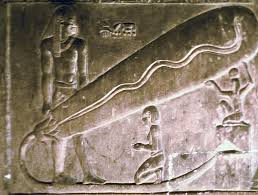 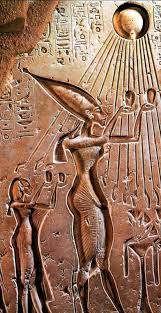 Egyptian rulers were Aliens and had access to technology more advanced than today. Scientists don't want to admit such things and keep their heads buried in the sand.

What is going on in Egypt and other parts of the Middle East recently, but mostly Egypt, is the intentional destruction of some Alien artifacts. The missing link is that few international archeologists are showing much concern. Will make their jobs easier when they don't have to explain things they know nothing about.


There is no shortage of disinformation propagated by those that enjoy keeping the people asleep:

Human fascination with outer space goes as far back as the human race itself.
Our ancestors had darker skies and less air pollution than we do, so they saw much more than we can. It's no surprise that the ancients navigated by constellations, or that they noticed when stars appeared to fall from the skies – what we now call

meteor showers, though the term "shooting star" will probably never go away entirely.


When meteors fell without burning up in the atmosphere, the resulting meteorites – the rocks dropped from space – attracted attention, and in fact were used in "humankind’s oldest known iron artifacts," according to a new study from the University College London.
Meteorite iron was held in the same esteem as gold and precious gems, the researchers suggest.
"Iron beads were strung into a necklace together with other exotic minerals such as lapis lazuli, gold and carnelian, revealing the status of meteoritic iron as a special material on a par with precious metal and gem stones," say the researchers in their article, published today in the Journal of Archaeological Science.
An international team of experts used neutron and X-ray methods to confirm that three small beads used in jewelry in 3200 BC were made from iron derived from meteors, or "meteoritic iron."
The three beads, in the collection of the Petrie Museum of Egyptian Archaeology in London, come from a set of nine similar beads buried in two sealed graves near the village of el-Gerzeh, 40 miles south of the Giza plain where the pyramids would be built hundreds of years later.
The ancients didn't just find the meteorite and drill a hole in it, like they did others precious stones. They recognized the iron's metal properties and treated it accordingly, say the archaeologists.
“The shape of the beads was obtained by smiting and rolling, most likely involving multiple cycles of hammering, and not by the traditional stone-working techniques such as carving or drilling which were used for the other beads found in the same tomb,” said Prof. Thilo Rehren, lead author of the paper, in a press release.
Because of the corrosion of the metal over the intervening millennia, no one had seen the rolled structure prior to this investigation. Ancient smiths had hammered and rolled copper and gold since the ninth millennium BC, say the researchers, but those are much softer and easier to work with. Meteoritic iron is harder and brittle, so would have required hotter forges and more sophisticated techniques.
Once shaped into tubes between half an inch and an inch long, the iron beads could be strung on a cord to make necklaces, belts, bracelets, or other jewelry.
Of course, cords rot away in much less than five thousand years, making it harder to determine the beads' original use. Four of the nine beads were found still in sequence along the neck of the deceased; three more were at his waist. The other two beads were in a separate grave, found near the dead person's hands. That grave included "lapis lazuli, obsidian, gold, carnelian, calcite, chalcedony, steatite, faience, garnet, and serpentine," say the archaeologists.
In the five thousand years since the jewelry was made, the iron rusted to a dull reddish-orange. When the graves were discovered in 1911, the archaeologist claimed the beads were iron, but there was no non-invasive way to confirm it before now. In the past hundred years, other archaeologists theorized that the beads could be magnetite, or perhaps an iron by-product of copper smelting.
To verify the metal's identity, the researchers scanned the beads with neutron and gamma-ray beams and found the trace metals that are the fingerprint of meteoritic iron: nickel, cobalt, phosphorous, and, especially, germanium.
“The really exciting outcome of this research is that we were for the first time able to demonstrate conclusively that there are typical trace elements such as cobalt and germanium present in these beads, at levels that only occur in meteoritic iron," said Professor Rehren, who teaches archaeology at the University College London campus in Qatar.
This means that two thousand years before the dawn of the Iron Age, Egyptians had already learned how to work with meteorite iron, says Rehren, giving Egyptians a huge military advantage once iron smelting was introduced.
Posted by Lou at 2:38 PM