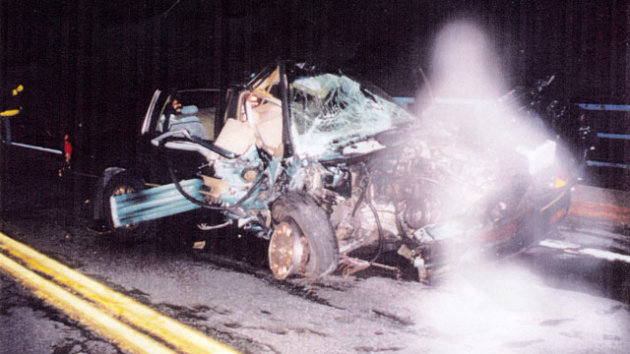 For the diehard skeptics of this very real spiritual phenomena the most unreal thing, the human meat sack, is the most real thing to them. The cool aid is very strong on this planet.

http://gma.yahoo.com/guardian-angels-exist-investigating-invisible-companions-045339205--abc-news-topstories.html
In the moment of mayhem or in an instant of exquisite fear, people often report being comforted by an invisible companion, what some call a "guardian angel."

But who is the guardian angel?

John Geiger is an internationally known explorer and author who has been investigating this phenomenon for years and said it remains a great mystery.
"The stories are always similar -- that there's a sense of another being, a presence very vividly," Geiger said. "There is never any fear or panic when this being appears. There is just a sense of calm, peace and a sense of benevolence, a sense that there's something good there, something that will help them."
There have been numerous reports of this vivid presence.

Stephanie Schwabe, 54, of Charleston, S.C., was cave diving for a research project in the Bahamas when she lost her safety line.
"I suddenly realized I was in trouble," she said. "My heart rate, I could hear it bouncing in my eyes, and I just kind of sat down on the [cave] floor and cried."
Schwabe's husband and diving partner, Rob Palmer, had died in a diving accident in the Red Sea only weeks before. Now, alone, she was facing her own dark death.
"Suddenly, the whole cave brightened up," she said.
Schwabe said that into that watery world floated the words of her late husband: "Believe you can, believe you can't; either way, you are right."
"And then I calmed down and then I suddenly looked around and I saw what I thought was a white thread," she said. "It was kind of like he was there for me, in a way -- in an emotional way."
So what was going on there? Geiger said he doesn't think people like Schwabe are having hallucinations, but instead are experiencing a "very concrete survival mechanism" that is part of human heritage. In a life-threatening crisis, Geiger believes, our minds experience both the terror of the moment and the peace of perspective.
"The brain is able to sort of stand back from that, and sort of rise above that and rationally help this person get through that," he said. "The guardian angel is us."
In extreme cases, our subconscious companion appears to take the form of a physical or spiritual entity.
Rose Benvenuto, 71, of Poughquag, N.Y., said she saw hers at the scene of a terrible car wreck.
"Only my guardian angel could have saved me from such an accident," she said.
She believes that the proof lies in a photograph, seen by millions on the Internet, that she said shows the guardian angel who helped her escape from a near-fatal car accident. But Geiger disagreed.
"When I see a picture like that, I'm skeptical," he said. "I really think the basis of this is neurological. ... I do think this is something our brain is creating."
Yet voices, he said, like the one Schwabe said she heard, seem to be almost commonplace.
"They will always say they heard a voice," Geiger said. "I'll say, 'Was it audible? Would other people have heard it?' [They'll say,] 'No, no, but I heard a voice,' so there is a communication that's happening inside them."
Sometimes, the communication isn't with sound but with images.
A few weeks ago, Marty Hodges, 46, of Kalamazoo, Mich., took his two teenage boys skiing in Colorado. The wide-open spaces seemed perfect for a man who suffers from extreme claustrophobia, but then an avalanche happened.
"When I was hit by the snow and I was immediately turned inside out in this complete blackness, I was sure I was going to die," Hodges said.

"It's really fast," added his son, Jordan. "I saw it just coming towards me and I couldn't do anything and, finally, my goggles ripped off. Then I had snow coming down my throat and I couldn't breathe for 15 seconds."
But instead of being paralyzed by his claustrophobia, Marty's mind delivered an even more chilling vision and a reason to fight his way free.
"I could see myself literally at Denver International Airport, out on the tarmac, watching my son, watching him going in an old-fashioned pine box being slid into the back of a 757," he said. "I could see it very clearly.
Driven by the haunting image, Hodges battled through the snow and was able to search for and then reunite with his sons.
In the end, all of these cases remind us that it can be a very rough universe out there. To survive it, a little help from our guardian angels just might be essential.
"Humans are very resilient creatures," Geiger said. "I think that the basis of that resilience, in part, is this capacity, this sense that we are not alone."