Battling the dragon of ignorance 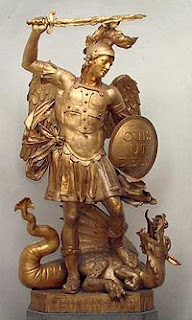 "The attack I am refering to muse starts with this post:

Go ahead answer my questions.

Thanks Eddie! I have posted on ATS and many other forums soon after Al Gore created the Internet, btw, thanks Al. Yes sarcasm still lives. LOL

Anyway, my words of wisdom... ;) often got me thrown off many of the early Internet sites, most that have long disappeared.  I began posting on ATS around 2004 and quickly made enemies there too. Some of those enemies became mods and with their mod powers removed many of my posts and a few threads when they couldn't make me look bad. Some mods covered their tracks by removing their own posts. On several of my threads there are periods where it appears that I stopped posting, when in fact my posts and interactions with other posters were surgically removed from my threads by mods.
A few mods used other names that they created to make it look as if more people agreed with their point of view; along with their shills they got the last laugh when my posts were removed and theirs left on the thread making it look as if I didn't have a viable argument to blunt their attacks.

I did rock every boat I boarded, religion, scientific, celestial, political and left comments on hundreds of other peoples' threads too, which pissed off many professionals in those fields. I spent equally as much time discussing issues behind the scenes on u2u as I did in my threads. My u2u replies to members that didn't want to ask certain questions on the board became excessively large and were deleted when ATS upgraded their system.

Far more people agreed with my point of view than disagreed, and many were heckled and made fun of until some of them stopped posting on my threads, it wasn't worth the hassle. The owners had a love hate relationship with me, one of the owners agreed and supported me the others put up with me because controversial types as myself helped build their Internet site into a money making machine from the increased traffic. My combined threads exceeded a million hits during the time ATS underwent a rapid growth spurt; the hit counters were a casualty of that growth. The large numbers of visits to my threads drove those determined to stop me to the brink of insanity, which made them all the more determined to stop me.

I was hindered from defending myself and my "opinions", which I always did give or tried to...but the mods and sometimes the owners, simply removed my posts when they or other hostile posters couldn't win an argument with me. That is why it appears that I stopped posting when the reality was that my posts were removed moments after I posted them. Many thanks to John Lear, and others (you know who your are), who picked up the sword and fought the battles when I wasn't allowed to fight back.

Ironically, but common in the information/misinformation business, some of the people that fought to stop me have used some of my material in their own books, seminars, blogs, screenplays, shows, movies, and songs, and corrupted it to fit their own political twists and earthly delusions. When you can't stop a solid idea from spreading, corrupt it, change its intended meaning, is the way of this world and is how many illusions have gained and triumphed over truth.