Armageddon, a War of Biblical Proportions, Took Place in Vietnam and Cambodia in the 1970s

Lou Baldin was an army specialist stationed in Okinawa during the Napalming and Agent Orange blitzkrieg on Vietnam, which was a war fought "as if we were fighting Alien beings from other worlds," said Baldin. 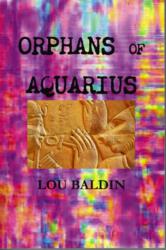 http://www.prweb.com/releases/2012/12/prweb10222269.htm
(PRWEB) December 12, 2012
The Vietnam War was a drug infested horrific military conflict where many soldiers (knowingly and unknowingly) were provided hallucinogenic drugs by the military to cope and forget their hellish nightmares forged in the jungles of an alien land. If there ever was a war that came close to biblical Armageddon, it was the Vietnam War. Hundreds of villages and thousands of acres of pristine forest, farmland, rice paddies and countless numbers of children, women and elderly Vietnamese, along with the Vietcong (VC), were incinerated by Napalm and the mind numbing bombing raids that frequently went on for days and weeks nonstop. The land was further contaminated with a hideous defoliant known as Agent Orange, that obliterated leaves from the trees and crops from farmland; affectively turning fertile soil and rice patties that villages depended on for survival into toxic wastelands.
Young men (boys) snagged in the war machine, found themselves fighting a war against an elusive enemy that hid underground in tunnels called spider holes, where Vietcong came up through the ground catching platoons off guard, and quickly and efficiently mowing down soldiers before they knew what hit them. Baldin said such ambushes and more perverse ones crafted with bamboo spikes by the Vietcong, were common, which enraged many soldiers on the frontlines, who then took no chances, few prisoners and showed little mercy, torching villages and some inhabitants while in the nightmare of battle.
Living with horrific memories of buddies killed in action and also the children and mortified mothers, victims caught up in some of the battles, didn't sit well in the minds of some soldiers that experienced it; such torments were suppressed temporarily with the use of hallucinogenic drugs and alcohol.
Baldin begins his story in the mid Sixties, before he enlisted in the army and reported for military duty in February of 1970. Baldin talks about the peace movement that became active and vocal before he joined the army, and gives a good description of army basic training and the things new recruits endured during training; and the general mood of a country that was deeply antagonistic against its military establishment and the soldiers that served during those bleak years.
In the book Orphans of Aquarius, Baldin gives the reader a clear picture of army life on military bases where he was stationed while serving in the states and overseas. Baldin shares a sneak peek behind a highly secret and often clandestine military machine that few civilians ever see, hear or know about, and exposes covert operations where the military used the peace movement as marionettes, pulling the strings and controlling the anti-war activists, like puppets on strings. Baldin speculates that such covert objectives seemed contradictory in nature, by stirring up anti-war sentiment in the general population as never before seen, which crippled the country by dividing the American citizenry, leaders in Washington, and the high ranking generals at the Pentagon—which was a patently absurd but affective smokescreen to hide "something else" going on in that part of the world.
Military and world leaders were not on the same page concerning the drawnout war that encompassed much of Indochina, and brought the super powers, USSR (Russia), China, and America to the brink of a world devastating nuclear exchange.
America abruptly pulled out of the Vietnam War (Southeast Asia) right before a secret build up of troops on the island of Okinawa for a last ditch major offensive into Vietnam was to take place, and let the chips fall on millions of Indochinese people, Cambodians (The Killing Fields) and the destruction of South Vietnam by the North. Baldin claims that America saved face by using a covert military creation by which the mighty military machine was forced to back down and leave (run) from Vietnam, or so Americans and the world were led to believe. Baldin said that war protesters choked off major cities around the country with anti war protests that put pressure on President Richard Nixon to come to the table and end the war for America, the same peace movement/anti-war protesters that were created, organized and financed by a covert branch of the US military in the 1960s.
Orphans of Aquarius ISBN 978-1-105-60398-3
Posted by Lou at 10:16 PM