A New Book, "UFOs in the Year of the Dragon", According to the Author, Breaks the Silence over the UFO Incident that Happened over the White House Sixty Years Ago in 1952 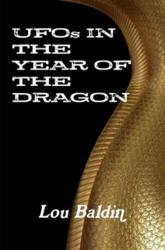 "Have we visitors from Space", a heading from the May 7, 1952, issue of LIFE magazine about the UFO incident in Washington D.C. The answer is an unequivocal yes, according to Lou Baldin, the author of the book.

UFOs in the year of the Dragon, is based on Lou Baldin's life experiences. Baldin takes the reader on a journey where Aliens have penetrated Earth defenses and have integrated into the human populations mostly unnoticed by the people of the world. According to the author, foreign and domestic military and covert government agencies do know and large amounts of money has gone into their coffers so that they can try and keep tabs on what the Aliens are doing on Earth and how much of a danger they represent. Baldin states that governments around the world secretly monitored and attempted to infiltrate suspected groups of Aliens that have embedded themselves into critical areas of human affairs in various branches of governments during and after the Second World War.

Baldin asks, "Did the American military and the government leaders forget to mention such tidbits to the public?" The author, Lou Baldin, then answers his own question, "Purposely they have." And Baldin states that the military has little knowledge and understanding of the Alien intruders and therefore can't breach a subject they virtually know nothing about. According to Baldin, the US military and the government adhere to the same protocol as do all the leaders in the world concerning UFOs and the extraterrestrials visiting Earth, they deny that such things are possible or that they even exist.

Baldin says that if people knew that there are Aliens from other worlds coming and going as they please on this planet and the armies of the world are helpless to do anything about it, panic and anarchy would ensue—or perhaps, humans would enter into a new age of awareness.

In his book, Baldin writes that rogue Aliens battling other Aliens do so behind human conflicts and wars. Most such wars have ended up benefiting humans with technological advances in the aerospace, military and communications industry, according to Baldin.

Baldin said that the defeat of Hitler in 1945 was a huge technological boost to the two superpowers Russia and America, who virtually fought over the German technological spoils after the war, which also spawned the Cold War for the very same reason, Alien technology. According to Baldin, Russia and America captured materials and German scientists (even before the war was over) that had the knowledge to transform a pastoral world into a Space Age world virtually overnight.

Baldin said that not only has the military benefited but also pharmaceutical companies have reaped a profit from the hidden Alien invasion. According to Baldin, Aliens have brought with them bacteria and other biological materials that have infected humans and animals with viruses that continue to mutate and contribute to various ailments and diseases afflicting humans.

Lou Baldin has written several books and has a blog about extraterrestrial beings and some of the reasons they have a primordial interest in humanity.

The comments in this article are the expressed opinions of the author of the book, "UFOs in the year of the Dragon.
Posted by Lou at 4:34 PM