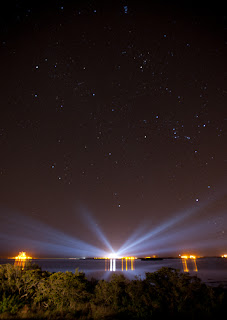 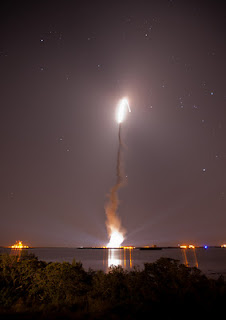 Stars and reaching out into space has a relaxing homey feel to it. And to think all that magic of space is only a few miles up, and then awe fills the soul, and you know the illusions back on earth are just that, ball and chain illusions.


CNN PRODUCER NOTE MrDemil was at a camera viewing site on Kennedy Space Center last night for the launch of the Delta IV rocket. 'I've seen quite a few [launches] out here. It was crystal clear skies. There's not a lot of light pollution in the cape area. The star field is very pretty. I was focused on getting the launch and the starry sky. ... It was just a beautiful spectrum last night,' he said. MrDemil works at the Space Center.
- zdan, CNN iReport producer
Posted by Lou at 3:05 PM