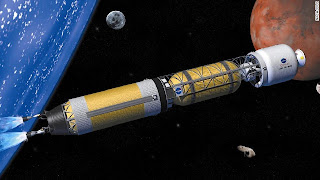 When humans get off their butts and get serious about space exploration much of the economic and racial problems plaguing the planet will melt away. Replaced with increased prosperity on Earth and fun times in space.

You might call it an idea factory for space exploration. A unique program at the University of Southern California asks students at the Graduate Space Concepts Studio of the Department of Astronautical Engineering to dream up humanity’s next big space adventure.
Program graduates include George Whitesides, a top exec at commercial space outfit Virgin Galactic. Others have worked at SpaceX, NASA, Boeing and Lockheed Martin.
Apollo 11 moonwalker Buzz Aldrin joined graduates this month to unveil their amazing ideas. Here are just a few:


This spring, development of the lunar research park idea will be shared with USC’s School of Architecture in a special graduate study topic called “Moon Studio.”